ACHIEVE is for Leadership

Home / Blog / ACHIEVE is for Leadership 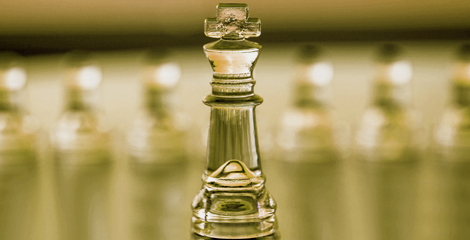 I became a mentor in February, 2016 for the Community Champions of our World Pulse Leadership Group and we have already had several discussions about what makes a leader effective. Grace Ikirimat of Uganda, Aliya Bashir of Kashmir, and Soumya Vilekar of India are the Community Champions steering the group and represent diverse, countries, interests, and vocations but who are unified by similar beliefs about the importance of leaders. I am grateful to them for helping me to write this post!

Leadership at both local and international arenas for women is of critical importance and will be key is shaping the future. The need for inspirational leadership becomes increasingly evident as information continues to show that women must make progress on issues ranging from compensation, to the right to drive a car or own assets such as land, to such outrages as ‘honor killing.’

Management will not bring an answer to this – management (as Professor Bill Aulet says) helps to maximize resources and to obtain consistent results. What is needed is the explosive, creative change which comes when a leader inspires people to act in a positive way.

In 2015 I read an article about fifty of the best leaders in the world that year and as I read, I began to write the attributes depicting the character and behaviors of these leaders. At the end of reading this article, I had fifteen different characteristics embodied by these people, so I looked at those that had been mentioned with the greatest frequency. It was astonishing that seven of these really stood out among all. I have always found that using acronyms to remember words is quite effective, but I had the letters C,V,E,E,A,I,H representing the first letter of each attribute and that didn’t make an acronym that was memorable , but a word.

I approached it like the ‘JUMBLE’ game usually found in the American newspapers and tried to form a word out of this collection of letters. ACHIEVE is the word formed and surely when I finally saw the word, it became clear that it was meant to be. The word ACHIEVE represents the attributes of:

These are qualities that are evident in every great leader. Take a look at them:

ACTION is necessary in order to inspire new achievement, thought, or belief. Whether it is writing and producing a cataclysmic movie as did Sharmeen Obaid-Chinoz or creating a new Nation as did America’s founders by writing a Declaration of Independence or starting an income generating project, there is action required. Complacency and acceptance are not attributes of leadership.

COURAGE was mentioned more than any other quality of leaders. It takes guts to lead a march in the southern USA in 1962 as Martin Luther King did or to step out alone on an issue in the workplace. Only those willing to take risks will be leaders.

HUMILITY is a trait not always seen in public profiles but it is seen in people who others follow. The great and recent example is Pope Francis, who as a world leader asked the resonant question ‘Who am I to judge?’

INNOVATION is what brings the changes that are more than incremental. Innovation is the eye that sees a new and different way of doing something. Thought that engages our imaginations and inspires us. People like Indra Nooyl of PepsiCo who is leading a company to healthy new markets and risking the legacy of her company. People like Richard Branson who is in businesses which have been around a long time but are now being conducted in very new ways. Alyse Nelson, President and CEO of Vital Voices is using a transformative leadership approach to breeding a brand of women leaders.

EMPATHY is how leaders understand what people are feeling, seeing, and understanding. Nelson Mandela and Mahatma Ghandi had the feeling of their countrymen embedded in their hearts.

VISION is the ability to see things in ways others have not yet seen, but of equal importance, it is the ability to articulate that vision so that others can turn it into reality. Elon Musk saw electric cars in a new way and had a vision of space travel as commercial enterprise. Vision is standing the normal on its head, or even just knocking it on its side, in order to see something new.

EXAMPLE is the clear self in front, in the middle, or even in the back, but so clearly visible as a standard to which we aspire. This is the person who does what they inspire others to do, who acts in the way they advocate, and who is constant in their striving to behave in the way they hope others will. People as young as Malala Yousafzai, a girl shot by the Taliban because she advocated for education for women. She continued to do so at the ongoing risk of her own life.

ACHIEVE is for leadership because it integrates the most important traits of these people who act with courage and humility. Who see new worlds and innovate their vision with empathy for those they lead. Who lead by example – people know who they are.

Remember ACHIEVE and you will remember the important qualities to keep at the forefront. Incorporate ACHIEVE into your personal declarations, your thoughts, and your actions. You will surely be the Leader of impact.

Jim Wilson is a leadership, executive, and career coach with more than 30 years of corporate experience with Citibank and Fidelity Investments. He holds a BA in Psychology from Manhattan College and an MBA from The Wharton School.

Ready to get started?

If you are interested in progressing as a leader, discovering your next calling, or taking your organization to new successes please contact us for a consultation.
Get Started